Are you ready to become obsolete?

Like race, colour, cast and religion weren’t enough, today the world has yet another major discriminating element that rifts all humanity—The Digital Divide. The Intagrammers and the non-Instagrammers, the Facebookers and the non-Facebookers Youtubers, Bloggers, Influencers, and on the other end Social media ghosts; in the world of digitalisation, if you don’t keep up you will soon cease to exist.

Well I am not saying become an addict. I know we as a society are already on the verge of losing our sanity over the likes we get for our posts, the filters we use for that super perfect skin and the follower count we maintain on Insta. All I am saying is it’s important to maintain a balance. Don’t let social media take you to the point where you need to declare a social media detox and hiatus.  Instead, empower yourself to use this medium in moderation and to your advantage. Because love it or hate it, social media and technology is changing the way we live, eat, or even think.

You may not be interested in everyone’s minutia, but you don’t have to be a digital native to behave like one. Mid-lifers are nurturing their social media profiles and tracking their exercise regimes on Fitbit. Seniors are choosing tablets over newsprint and many have replaced their landlines with FaceTime and WhatsApp calling. An increasing number of us are spending time connected, and the average citizen spends more time staring at a screen than sleeping. From connecting individuals for business, to collaborating for music albums, dating, marriages, and even electing the president of the country, social media is now the most powerful tool available to the human race.

“In the world of digitalization if you don’t keep up you will soon cease to exist!”

As a result of this evolution social media has thrown up this new species- the influencers! This community has grown exponentially, and over the past decade become overnight celebrities or outright brands thanks to their ever-growing following. In this issue we have featured some of the country’s most popular influencers. With over a million followers, yes one million, which is more than the population of some European countries, these people are influencing the way the world consumes information. From tongue-in-cheek humour, to social causes, to everyday Saas Bahu drama, they are potent and sway the actions of everyday citizens.

On the other side of the spectrum, we also have a world filled with digital dummies. Each time Apple announces a launch, we scramble around with updates. We are overwhelmed with our smart phones and struggle to  sync them with the new smart TV. We still don’t know how to make the perfect post for Instagram or repost a tweet. With each passing day, technology is getting ahead of us and most of us are clearly trailing. Having jumped into digital publishing, I’ve been served a curved ball myself. From hiring digital marketing teams, social media experts, web strategy experts, web designers, I realised the future ahead is digital. Henceforth all businesses will have to go digital or go bust. If you’re feeling queasy at the speed of change, hold tight. It’s only going to get faster. But trust me, it’s still not too late for the tech laggards. Try spending some time everyday upgrading yourself. Get your businesses out on social media and before you know it, you will turn the tide. All it takes is a renewed digital mindset, some patience, and a willingness to change. And finally each time you feel like giving up, don’t forget to ask yourself the question- Are you ready to become obsolete?

With a good balance of genres, we think we’ve finally created an amalgam that combines the exquisiteness, coherence and perspective of a monthly print magazine with all the timeliness, approachability and interactivity of an online one. We hope you agree!

Do let us know if there are any topics you would want us to include about or if you have any other queries. Tell us what you love, tell us what you hate! We would love to hear from you irrespective!

On that note, lets welcome 2021 with a bang and aim to not just be great, but awesome this year! And remember, you can’t stand out by fitting in!

Here’s to an amazing month… 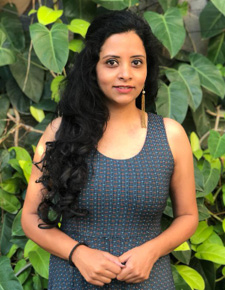